What is the Arduino Uno? 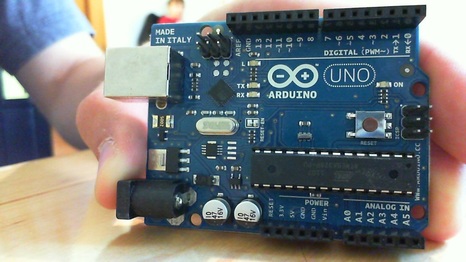 The Arduino Uno is a microcontroller board based on the ATmega328 chip. For this review, I was given an Arduino Uno by Newark.com. If you have never used or heard of microcontroller before, they are analogous to a primitive electronic brain. More specifically, the ATmega328 chip in the Arduino is the brain and the rest of the board is a modular body. Alone, the ATmega328 chip cannot do much, just as your brain would not be able to do much if it were cut out and placed it on a table. The rest of the Arduino Uno board is made up of all the little things that the chip needs to function correctly. What you get in the end is a simple yet versatile board that only needs a power source and code to make something happen.

When I was introduced to my first microcontroller, the Arduino Duemilanove, it transformed how I thought about electronics. A microcontroller allows for computation, sensing, adapting, and just about everything analog circuits cannot easily do. The Arduino Uno is a great microcontroller to start with for three main reasons. 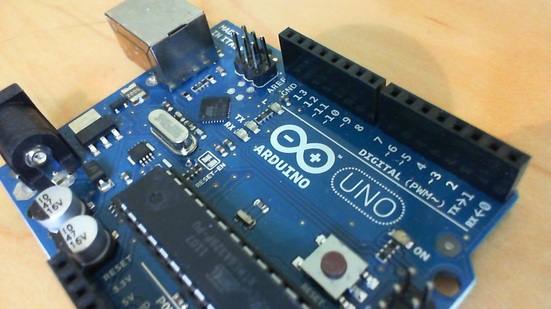 What's new with the Uno? 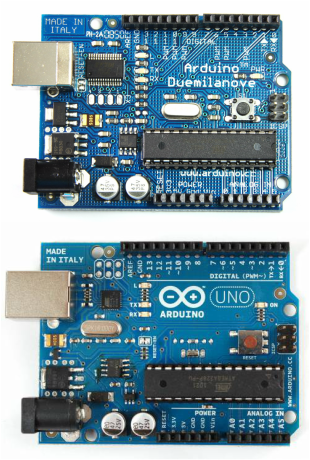 Top: Arduino Duemilanove, Bottom: Arduino Uno
According to http://arduino.cc: “The Uno differs from all preceding boards in that it does not use the FTDI USB-to-serial driver chip. Instead, it features the Atmega8U2 programmed as a USB-to-serial converter. Revision 2 of the Uno board has a resistor pulling the 8U2 HWB line to ground, making it easier to put into DFU mode.”


A few other changes from the Duemilanove include:
None of these changes make a substantial difference in my opinion, but they are worth noting. 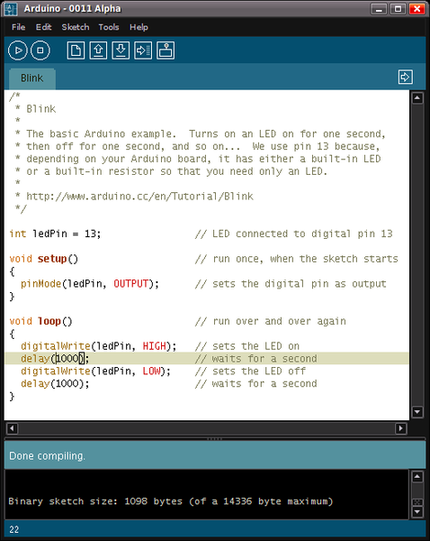 Arduino IDE
To program the Arduino Uno, you will need the Arduino IDE, or Integrated Development Environment. It is free software that can be downloaded from http://arduino.cc/en/Main/Software. If you are used to using a different IDE for coding, it can be annoying to use the Arduino IDE, but it is a small nuisance. Overall, the IDE is easy use, easy to navigate, and it gets the job done.

Programs for the Arduino are written in “Wiring”, which is a subset of the C language. Like many things with the Arduino, having prior knowledge can help, but it is not necessary. I learned how to program the Arduino purely by going through the example programs, making changes, and seeing how things break. I highly recommend this method. All programming languages will have their syntactical differences; programming logic, on the other hand, is more universal. Learning to think in the logic structure of C just takes time playing around with code. 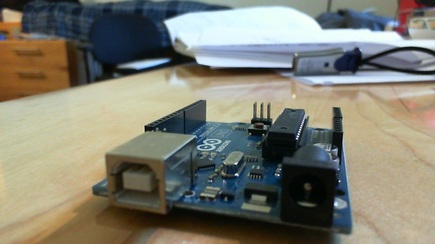